On-line translate Chinese to English and other languages, and other languages to Chinese. The platform was developed based on Baidu's numerous local internet data resources gained for 2 decades, together with its unique language processing technology. Also known as Baidufanyi or Baidu Fanyi in Chinese Pinyin, and 百度翻译 in Mandarin Chinese Characters, launched in 2011 by Baidu. It applies to nearly 200 languages and helping users from different regions of the world easily access the information in Chinese and get in touch with the Chinese local service providers.

How to Use Baidu Translate?

Baidu Translate doesn't offer an English interface, here are the guideline for how to use the Chinese version. 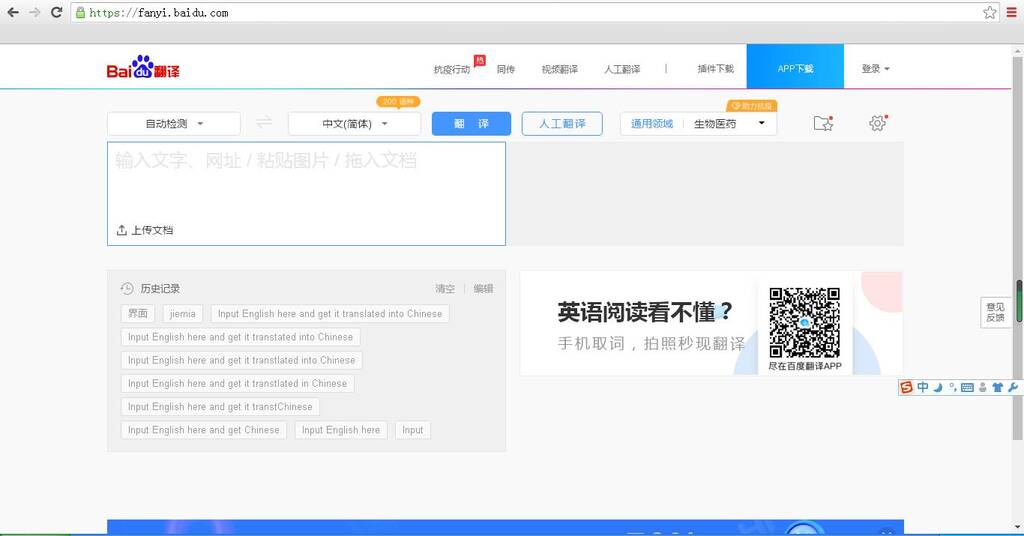 2. See this Screenshot and know what the terms mean in English.

3. The default languages are English to Chinese. And there are keywords below.

4. The system will automatically detect what language you input, if you input Chinese, then it will be translated to English as well.