Here are three different versions of the Map of China to give you a general idea of it's administrative regions. You will see a map in general, and then learn about the provinces and most of cities in China. You will find-

3. Map of Cities in China

Below is a very detailed map in English. On this map, you can see all the major locations in terms of administration, including provinces and the major cities in China. With 9.6 million square kilometers, ranking the third in the world, China is the country with the largest population on this planet, which makes most of it's provinces, except for the northwest frontier ones (Tibet, Xinjiang, Inner Mongolia), have densely populated cities. ( You can click on the below map to enlarge it, and then find the exact locations. ) 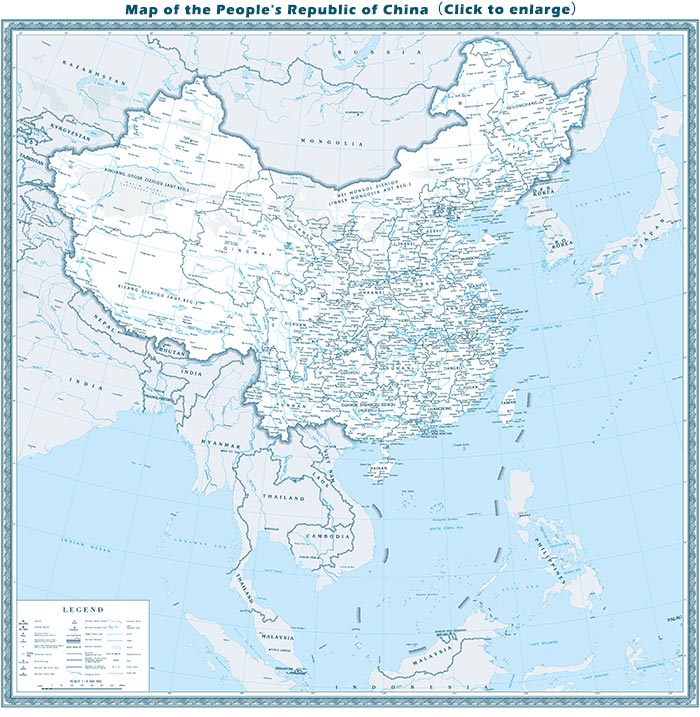 China is a country made up of provinces. Unlike the U.S. administrative unit “state”, China uses “province” to represent the administrative unit next to the national level, and there are 34 totally. Most of it’s provincial-level units do not distinguish between ethnic groups, but since China is still a country with a large number of ethnic groups, some provinces are autonomous ones with a high concentration of ethnic minorities, such as Xinjiang (Uygur), Tibet (Tibetan), Inner Mongolia (Mongolian), Ningxia (Hui) and Guangxi (Zhuang). There are also special administrative regions including Hong Kong and Macao.

Different from the horizontal and vertical boundaries of administrative regions in other countries, we can see that the lines of provinces on the map of China are very complicated. The provinces are divided in a winding way, and it is rare to find a straight line. This is because China has a long history and the division of provincial boundaries is influenced by many historical reasons. From the present map of China, we can also see the general features of the map of ancient China in the present territory of China.

China's provinces were originally divided roughly according to mountains and rivers. For example, the line dividing Hebei and Henan is the Yellow River, which can be easily understood and explained, because Henan means on the south bank of the river, and Hebei means on the north bank. In ancient times, transportation was not convenient, so the ancient people rarely moved far away, the mobility of the population is particularly low. With low population mobility, there will be a local culture. Let's take an example. In some mountainous areas, there is a phenomenon called 'different accents across mountains', which means that just across a mountain, people on both sides of the mountain will have different accents, and the content they communicate will be different, thus evolving different regional cultures.. 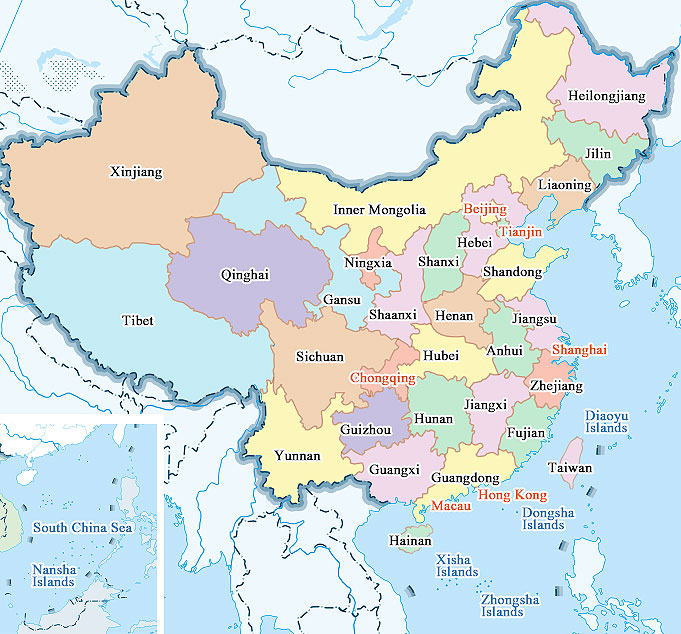 Map of Major Cities in China

The map of cities in China basically shows the major cities you know of China, including the biggest ones. The most cities you can see are provincial capitals, while some are not. Qingdao, Xiamen, Suzhou, Dali and other non provincial-capitals are also shown on the map, because they are well known in the world and you may want to have a idea of their locations.

You can also learn to use Baidu Maps to find more interesting places, it is the most widely used digital map in China.